THE RETURN OF THE YULETIDE KID ON THE BBC 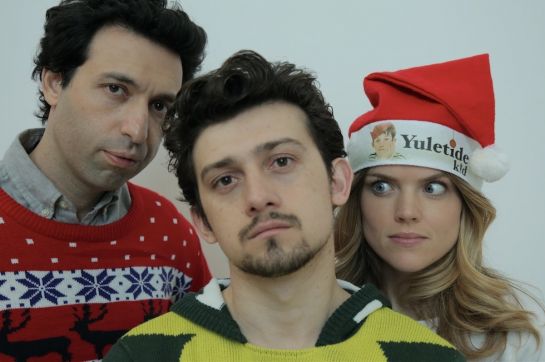 Red Union Films is excited to announce the UK Premiere of our own cherished contribution to the Christmas Movie canon – The Return of The Yuletide Kid. An affectionate comedy about community, family and friendship, the film stars Craig Roberts (Submarine, Red Oaks), Alex Karpovsky (Girls), Erin Richards (Gotham), Catrin Stewart (Dr. Who, Stella) and Dolly Wells (Bridget Jones’ Baby, Dolly & Em) and is Directed by Jamie Adams (Black Mountain Poets), The Return of The Yuletide Kid was shot entirely on location in and around Cardiff. Its first transmission comes on 14th December via BBC2 Wales at 9.10pm, then on Christmas Eve at 10.30pm and on BBC iPlayer shortly after.  If that’s too long to wait, you can open one of your stocking presents right now by watching the trailer here - The Return of The Yuletide Kid