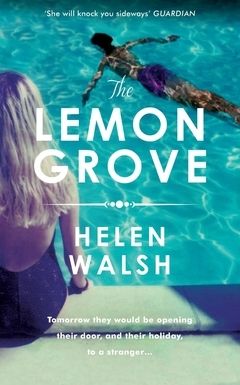 Feature film to be written and directed by Helen Walsh, The Lemon Grove will be based on Walsh’s own international best-selling novel.

The Lemon Grove is set in one hot summer. One week in a villa on the outskirts of Deia, a village nestling in the rugged, mountainous west coast of the island of Mallorca. One family for whom the carefully laid jigsaw of life is about to be broken.

Jenn and her husband Greg holiday each year in Deia, enjoying languorous afternoons by the pool. But this year the equilibrium is upset by the arrival of Emma, Jenn's stepdaughter, and her boyfriend Nathan. Beautiful and reckless, Nathan stirs something unexpected in Jenn. As she is increasingly seduced by the notion of Nathan's youth and the promise of passion, the line between desire and obsession begins to blur. What follows is a highly-charged liaison that put lives and relationships in jeopardy, and a storyline which percolates with enough sexual tension to make it intensely gripping.

Sultry, spare and brilliantly paced, The Lemon Grove is a meditation on female desire, the variations of marriage, and the politics of raising other people's children. It is the work of a writer acutely alive to the complex workings of the human heart.