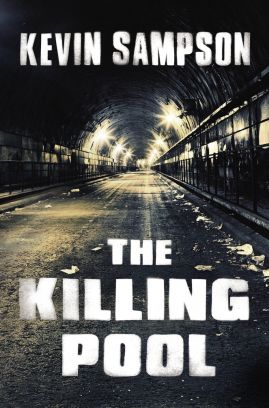 Written by Kevin Sampson, based on his critically acclaimed series of DCI McCartney novels, The Killing Pool will be a 8 x 60 minute series for television.

Following the huge success of imports such as The Wire, Spiral and The Bridge, The Killing Pool is an audacious crime series aimed at the ever-growing Netflix box-set audience. The series will be filmed and set in Liverpool and Copenhagen, with IM Global already confirmed as International Sales Agent.

When retiring police chief Hubert Hodge discovers a decapitated corpse near Liverpool docks, he sends for a long-time collaborator and nemesis, Inspektor McCartney of the Copenhagen Drug Squad. They last worked together 20 years ago, but Hodge has special reason to call upon Mac. The slaying carries all the hallmarks of a gangland hit – a message from the underworld to snitches, cops and rival gangs.

One mile away, a girl staggers into a run-down bar, dazed and confused. The bar’s owner, a career criminal called Shakespeare, cannot get a word… out of her.

Mac is very well aware that the clock is ticking. The body was one Kalan Rozaki, youngest brother of a notorious crime family – except Kalan is no criminal. For almost a year his brothers have been under full-time Drug Squad surveillance, as the net begins to close on their international heroin ring.

McCartney’s chief informant on the case is someone with insider knowledge of the Rozaki clan’s operation...their newly deceased baby brother, Kalan.

McCartney’s investigation into Kalan’s murder peels back layer after layer of a decades-long dynasty of drug smuggling. Each revelation plunges McCartney back into the dark heart of an unsolved drug crime that weighs heavy on his soul. He wants to catch the Rozakis – badly – but he wants the shadowy men behind their drug empire even more. The closer McCartney gets to Kalan’s killer, the closer he comes to facing down a lifetime’s torment.